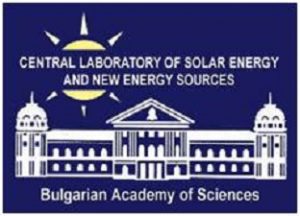 The Central Laboratory of Solar Energy and New Energy Sources (CL SENES) is a research center for fundamental and applied research in the field of solar energy transformation in Bulgaria.

CL SENES – BAS was founded with a decree of the Council of Ministers of Bulgaria dated 01.07.1977. The new scientific unit was organized on the basis and a part of the staff and facilities of the Institute of Solid State Physics (ISSP – BAS) with a decision of the Scientific Council of ISSP of 10.11.1977.

Since January 1978, CL SENES has begun to function as an independent research unit within the Unified Center of Physics. After the structural reform at the Bulgarian Academy of Sciences in 2010, CL SENES received, according to Art. 6 of the Statute of BAS, the status of a Specialized Academy Unit (SAU) within the framework of the Autonomous Research Units (ARU) with budget subsidy.

The main areas of work of scientists at CL SENES are renewable energy sources (RES) and energy efficiency (EE) as well as innovative technologies, materials and semiconductor devices for RES application.

A team of CL SENES is working on the project “Industrial Development of Water Flow Glazing Systems, (InDeWaG)” funded under Horizon 2020, in conformity with the National Development Programme BG2020 under sub-priority 7.2 “Enhancement of energy efficiency”.
An innovative facade with water flow glazing system has been developed, which is a technical innovation of a new building envelope system for Nearly Zero-Energy Buildings. Its industrial application will be demonstrated by the construction of a pavilion in the yard of Science Complex 2 at BAS. It is expected to meet national benchmarks for nearly zero-energy buildings by using the innovative facade technology for the first time in Europe.

The team of CL SENES – BAS under the project “From marginal to renewable energy sources sites” (M2RES), implemented under the European Regional Development Fund program for the countries of Southeastern Europe, studied 151 deserted and abandoned sites in Bulgaria and, on the basis of it, developed a National map of the data from the Regional Inspectorates of Environment and Waters as well as from the Ministry of Economy and Energy. The results have shown that even a small fraction, 0.0014% of the territory of the whole country which is abandoned, can provide ~ 900 GWh of electricity per year from renewable energy sources (RES) to power more than 61 600 households. The map is active at www.senes.bas.bg.

The New Polymeric Photovoltaic Structures Laboratory develops solar photo elements based on polymeric thin films that have been attracting scientists’ interest in recent years. This is caused by the ability to produce cells by cheap technologies from non-expensive, non-toxic materials made up of widespread chemical elements, including on flexible support structures.

The Laboratory of Electrochemical Technologies and Renewable Energy Converters is conducting research on the sample formation of photovoltaic photoelements. New compounds of the type 1,3,5 triazines and carbazoles with a propellant structure have been obtained and tested for use as p-type conductors in the test samples. New compounds with improved solubility and electrophysical performance are expected to produce more effective photoelements.