Round Table “Crises and Challenges in Eastern Europe 50s-90s of XX c.” 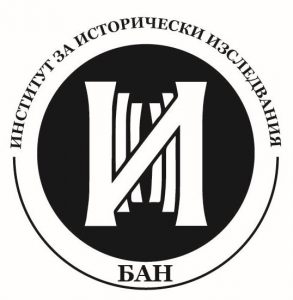 The crisis phenomena in the recent history of Eastern Europe are the subject of discussion in scientific forums organised by the Institute for Historical Studies – BAS. At the round table on “Crises and Challenges in Eastern Europe – the 50s-90s of XX c”, held within the framework of the bilateral project with the Institute of History of the Slovak Academy of Sciences, thematic fields marking turning points in political history during this period were discussed. Analysed were the relations between the allies of the Anti-Hitlerist coalition during the Second World War (Teodoritschka Gotovska-Henze); the influence that the Hungarian events of autumn 1956 had on the authority, internal political and internal party situation of the Western European communist parties (Nadezhda Yankovska). The contradictions in Yugoslav society, the Kosovo crisis, economic problems and inter-national tensions in the last decade before the break-up of Yugoslavia (Mariana Stamova), and Bulgaria’s relations with the European Community in the late 1980s and early 1990s (Irina Yakimova) were traced. The theme of the development of the Czecho/Slovakia from the end of the Second World War until 1969 was presented by the Slovak team in the project – Ludovit Hallon, Roman Holec, Miroslav Sabol and Michal Durco.

The main aim of the scientific forum was to outline from different perspectives the causes that precipitated the political division and conflicts in Europe and, based on historical experience, to mark ways to overcome contemporary geopolitical crises.