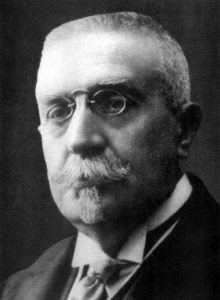 On 6 March 1911, BLS became a Bulgarian Academy of Sciences. The first President of BAS is Ivan Geshov.

The First Law on BAS was promulgated on 1 February 1912.

In 1914, a commission was set up for the development of a project for the compilation of a complete dictionary of the Bulgarian language comprising A. Teodorov-Balan, B. Tzonev and Iv. A. Georgov.

On 15 June 1916, a committee was set up for publishing documents on the Bulgarian history comprising Yurdan Trifonov, Jordan Ivanov and Vasil Zlatarski.

On 9 June 1918, the first elections of new members of BAS took place.

In the picture: Ivan Geshov 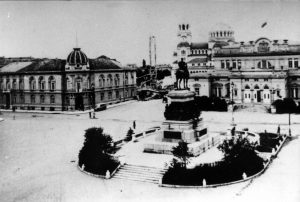 On 27 May 1926, the foundation stone of the new building of BAS was laid aiming at extension of the building rented to the Ministry of Foreign Affairs and Religions.

In 1926, 22 Academicians drew personal credit from the Bulgarian National Bank at the amount of BGN 3 million, against a mortgage, to complete the new building.

On 14 May 1929, an official assembly of BAS was held on the occasion of the 50th anniversary of the Liberation of Bulgaria and the 1000th anniversary of Tsar Simeon I. The royal family was present. The new building of the Bulgarian Academy of Sciences was officially opened.

In the picture: The building of BAS before the extension in 1926 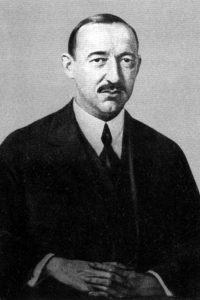 In 1931, BAS was accepted in the International Council of Scientific Unions.

In the building of BAS, in 1937, a public reading room for students was opened in the name of the donor Stefan Panaretov.

In April 1940, the National Assembly adopted a Law for Reorganization of BAS and named the Academy: the Bulgarian Academy of Sciences and Arts (BASA). On June 30, 1940, the General Assembly of BAS adopted a Statute of BASA.

In the picture: Academician Bogdan Filov, President of BAS and BASA from 1937 to 1944 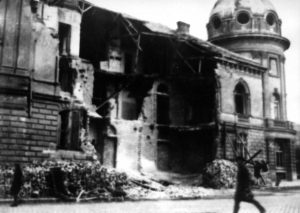 In 1941, a conflict arose between Prime-Minister Bogdan Filov and the majority of the Academicians on the draft amendments to the Act on BASA proposed by Filov which stipulated that the BASA Scientific Secretary would be appointed and not elected, as was the tradition and according to the Statute of BAS.

In March 1941, the National Assembly, on proposal of B. Filov, adopted a law supplementing the BASA Act. The supplement legalized a paragraph stipulating that the Scientific Secretary of BASA should be appointed by the Minister of National Education.

In the period January-March 1944, a part of the BASA building was destroyed as a result of bombardments. BASA’s activity was temporarily interrupted.

In the picture: The destroyed right wing of BAS building (part of the library and the big hall) after the air bombardments over Sofia – March-April 1944 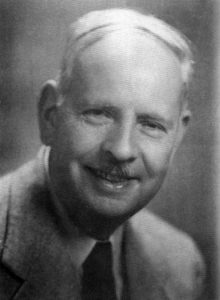 In the period November-December 1944, a temporary management of BASA was set up with President D. Mihalchev and Secretary Sp. Kazandzhiev.

In the picture: Acad. Dimitar Mihalchev, President of BASA in the period 1944-1947