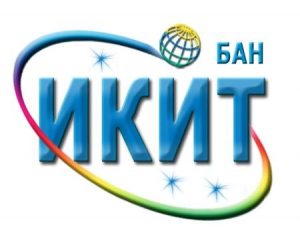 The Space Research and Technology Institute (SRTI) conducts fundamental and applied research in the field of space physics, remote sensing of the Earth and planet and aerospace systems and technologies.

For more than 40 years of its history, SRTI-BAS has achieved significant results in the field of space research: more than 150 scientific instruments and apparatus have been created and put into orbit, and dozens of cosmic experiments under the INTERCOSMOS program and other national and international programs have been conducted. With the launch of the first Bulgarian instrument P-1 in 1972, Bulgaria became the 18th space country in the world.

The active development of a number of areas in space research led to the creation of a scientific program and equipment for experiments for the two satellites “Intercosmos Bulgaria – 1300” and “Meteor-Nature”.

SRTI – BAS participated in the preparation and development of the scientific programs of the two space flights with the participation of the Bulgarian cosmonauts Georgi Ivanov (1979) and Alexander Alexandrov (1988 – “Shipka” program) with which our country ranked 6th in the world to have cosmonauts.

Main areas of research are:

An “Aerospace Technology Transfer Center” was set up under a PHARE project at the Institute, which is designed to shorten the transition from innovation to implementation into production, both for its own developments and for innovations from home and abroad. The center is integrated into the network of all such innovation and transfer centers from Europe and the world. 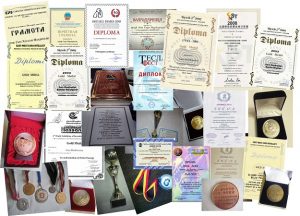 The Space Research and Technology Institute at the Bulgarian Academy of Sciences (SRTI-BAS) has many years of tradition and success in the inventive and patent activities. This is largely motivated and provoked by the object and methods of aerospace research and technology, the need to apply non-traditional methodological and technical solutions, and last but not least the affinity of our scientists and specialists for innovation.

For over 45 years, scientists from the Institute have created more than 100 developments that have received copyright certificates and patents for inventions, as well as over 15 utility model registration certificates. Their patents are registered besides in Bulgaria also in the US and Ukraine. Patents of SRTI-BAS scientists were announced by the Patent Office of the Republic of Bulgaria “Invention of the Month” and were nominated for “Invention of the Year”.

With their inventions and useful models, SRTI scientists have participated in dozens of national, international and global innovation forums in Bulgaria, Russia, Belgium, Portugal, Serbia, Macedonia, Poland, Taiwan, Kuwait and others. Gold, silver and bronze medals, diplomas and distinctions, as well as special cups for overall inventive work have been received from almost all participations.
Two inventors from the Institute are winners of the title “Honorable Inventor” and are listed in the “Golden Book of Bulgarian Discoverers and Inventors”.

IKTI has institutional accreditation for the training of doctoral students under the following programs:

Specialized PhD courses on “Fundamentals of Remote Sensing” and “Natural Disasters and Environmental Disasters” and specialized courses in theoretical and practical training of operators of unmanned aerial vehicles have been developed.

The “Space School” educational initiative is being held to familiarize students interested in space-related science and Earth observation with modern advances in aerospace research and technologies.