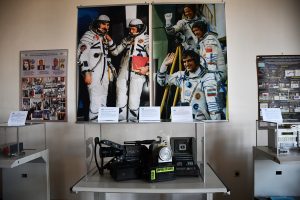 Demonstrations with drones and on a stationary training simulator were made by scientists from the Space Research and Technology Institute (SRTI) in the Open Day on the occasion of the International Day of Aviation and Cosmonautics – 12 April. The researchers gave lectures on new space research projects and talked about Bulgarian achievements at the Institute.

Original Bulgarian equipment is working on the International Space Station. An example is the space radiation instrument, the LIULIN-SET dosimeter, and in the near future a dosimeter of the LIULIN series is expected to transmit specific information from the very surface of Mars. 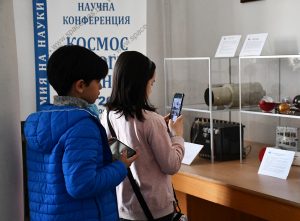 There is an anniversary exhibition which shows visitors the spacesuit of the pilot-cosmonaut Alexander Alexandrov, the first Bulgarian instrument “P-1″, as well as many other unique space instruments and devices of Bulgarian scientists and specialists.

This year, the Institute will celebrate fifty years since Bulgaria was recognized as a space-faring country. On the first of December 1972 the first Bulgarian scientific instrument named Pribor-1 /P-1/ flew into space. It was created by Bulgarian scientists and specialists from the group ” Space Physics”, the forerunner of the Space Research and Technology Institute of BAS. With the data that P-1 sends to Earth receiving stations, Bulgaria is recognized as the 18th space-faring country out of nearly 190. 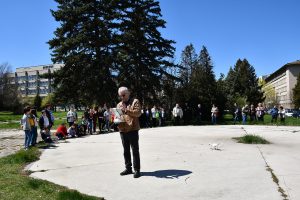 In 50 years, our country has established itself in the space family as the sixth country to send two cosmonauts of its own – Georgi Ivanov and Alexander Alexandrov, the third country in the world to produce space food and the first to develop the SVET space greenhouse where wheat was grown for the first time.

The mission of SRTI-BAS is to carry out fundamental and applied research in space physics, remote sensing of the Earth and planets, and aerospace technology.