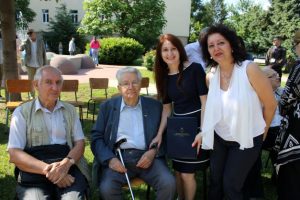 On June 17, 2022 at the University of Chemical Technology and Metallurgy was held XIX Scientific Poster Session for Young Scientists, Doctoral Students and Students. This year’s edition was attended by 120 young scientists, PhD students and students with 130 posters in 10 different scientific fields.

With the opening of the scientific session, the prize was awarded in the National Competition “Outstanding Young Scientist in the Field of Organic Chemistry” named after Academician Ivan Juhnovski organized by the University of Chemical Technology and Metallurgy (UCTM) and the Union of Chemists in Bulgaria. The winner of the award is MA eng. Victoria Ivanova from the Institute of Organic Chemistry with Center of Phytochemistry at BAS (IOCCP), a graduate of UCTM. 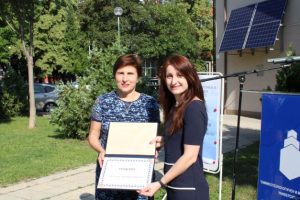 The winners of the XIX Scientific Poster Session for Young Scientists, Doctoral Students and Students received Awards on behalf of UCTM which were presented by the Vice Rector for Scientific Activities Prof. DSc Eng. Martin Bojinov. Nine participants also received special awards from the Student Council at UCTM which were presented by its President, MA Eng. Nora Angelova. 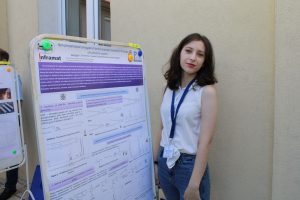 The first prize from the Student Council at UCTM in the section “Chemical Sciences” was awarded to Styliana Stoyanova, chemist at the Institute of Polymers-BAS, for her poster on “Preparation of pH-sensitizing hydrogels based on natural products”. First prize on behalf of UCTM in the section “Chemical Technologies” was awarded to Enis Ercan Hasan, a student of the programme “Student Internships – Phase 2” at the Institute of Polymers-BAS with a poster entitled “Non-phospholipid conjugate of poly(2-isopropyl-2-oxazoline) for design of surfactant vesicles”. 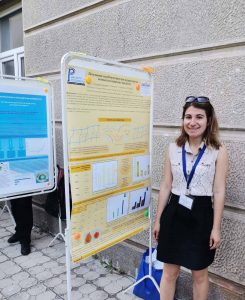