Skip to content
Home/Innovations in Bulgarian speech synthesis and recognition 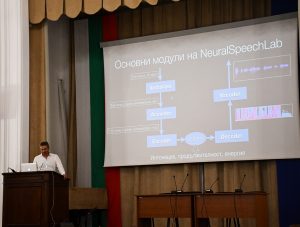 Innovations in the field of Bulgarian speech synthesis and recognition – a speaking programme, a medical dictaphone and an administrative “smart stenographer” were demonstrated by the Institute of Information and Communication Technologies (IICT-BAS) at BAS.

The three innovative developments are based on original machine speech processing technologies and are based on recent advances in deep machine self-learning.

Prof. DSc. Stoyan Mihov gave a demonstration for the first time of how the products work. The speaking programme makes it possible to generate speech as natural as possible for people with visual problems. During the presentation, the President of the Bulgarian Union of the Blind, Vasil Dolapchiev, presented the honorary sign of the Union to Prof. Stoyan Mihov. More than 10 000 people will be able to use the programme and it will help them to navigate the ocean of information and assist their social adjustment, Dolapchiev said with gratitude. 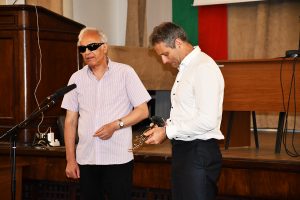 Prototypes of Bulgarian speech recognition systems – for medical purposes (medical dictaphone) as well as for administrative needs (intelligent stenographer) were demonstrated at the event by Prof. Mihov. They have technological readiness level 7.

The dictaphone will facilitate the work of medical specialists in the preparation of documentation and has been implemented as a cloud service. A medical language corpus and terminology dictionary with nearly half a billion words has been prepared. The text is directly recognized and can be entered into the information system.

The intelligent stenographer BG-Conformer supports the preparation of documentation such as minutes, transcripts, etc. in various areas of administration. For its development, a corpus of one million individual sentences from transcripts of plenary sessions of the National Assembly (2010-2018) was used. The system does not have a dictionary, but works with syllables and thus increases the accuracy of recognition.

The demonstrated developments reach quality and precision unmatched by world achievements in the field, said Prof. Stoyan Mihov. The NeuralSpeechLab synthesizer is already in use by hundreds of visually impaired people, while the medical voice recorder and the intelligent stenograph are completed prototypes ready for implementation into final products. The team at IICT-BAS continues to work on improving the technology and developing new applications, noted Prof. Mihov. 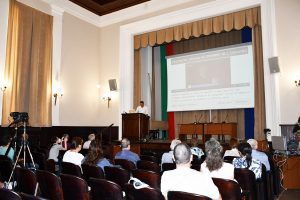 The Institute’s latest achievements are the result of research funded by both the Social Protection Fund and the National Science Programme “eHealth” in response to the needs of society.

Demonstrations can be viewed on the YouTube channel of BAS at https://youtu.be/Jpu2BoTiBQs