Skip to content
Home/Diploma for Foreign Member of BAS was awarded to Prof. Maxim Kontsevich

Diploma for Foreign Member of BAS was awarded to Prof. Maxim Kontsevich 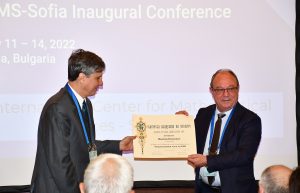 The President of BAS Prof. Julian Revalski, Full Member of the Academy, awarded a diploma for Foreign Member of the Bulgarian Academy of Sciences to the world-famous mathematician Maxim Kontsevich. The ceremony took place during the inaugural conference of the International Center for Mathematical Sciences at Grand Hotel Sofia.

Maxim Kontsevich was elected a foreign member of the Academy in 2020. He is a professor at the Institute of Higher Education Studies (IHES), Paris and a distinguished professor at the University of Miami, one of the leading mathematicians and theoretical physicists of the 20th and 21st centuries. The works of Prof. Kontsevich are highly regarded by the world mathematical community. In addition to the Fields Medal, he is the 2014 recipient of the Breakthrough Prize in Mathematics. The medal, often referred to as the “Nobel Prize in Mathematics”, is awarded in recognition of outstanding mathematical achievements.

Some of the most distinguished and world-renowned mathematicians such as Jean-Pierre Bourguignon, John Pardon, Phillip Griffiths and others are participating in the event. The Fields Medal winner, Ukraine’s Maryna Viazovska, who was selected at this year’s International Congress of Mathematicians, will give an online lecture.

The EDGING HIGHER International Forum opened on 11 July and will run until 14 July in Sofia. Acad. Oleg Mushkarov, who is the Director of the Centre, welcomed the participants and guests of the forum. The work of the Centre was presented by the Scientific Director, Prof. Ludmil Katzarkov. Deputy Minister of Education and Science Prof. Genka Petrova was a guest at the opening ceremony.

The International Centre for Mathematical Sciences (ICMS) was established in 2019 with the active participation and inspiration of many members of the mathematical community in Bulgaria and the Bulgarian mathematical diaspora. Academician Blagovest Sendov is its first director.

The Inaugural Conference, which marks the establishment of the ICMS, was planned for 2020 but was postponed due to the Covid-19 pandemic. The aim of the establishment of the ICMS is to promote and develop the latest directions in mathematics and to connect young Bulgarian scientists with world-renowned researchers. The International Centre for Mathematical Sciences is financially supported by the Bulgarian Ministry of Education and Science and Simons Foundation.

More information about its activities and the conference programme can be found at https://icms.bg/edging-higher/. The event is broadcast online. 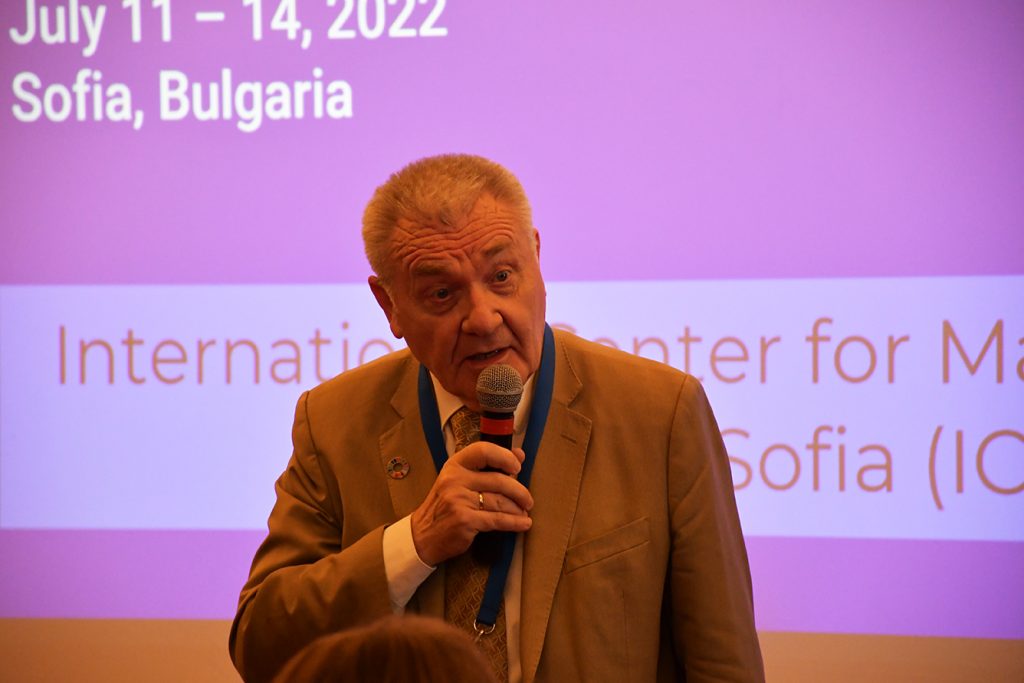 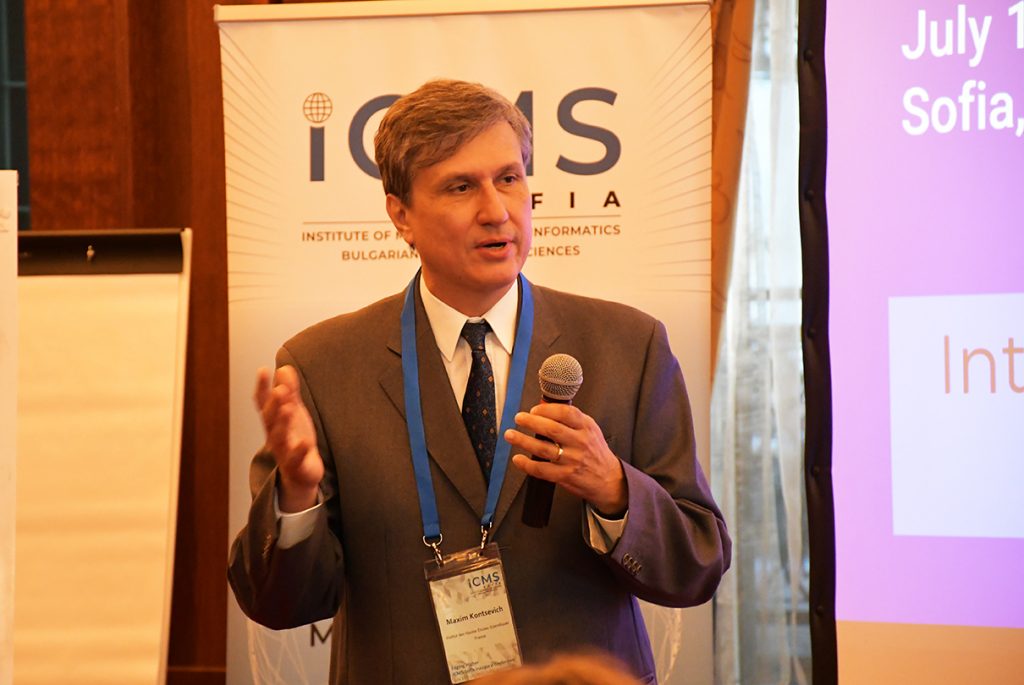 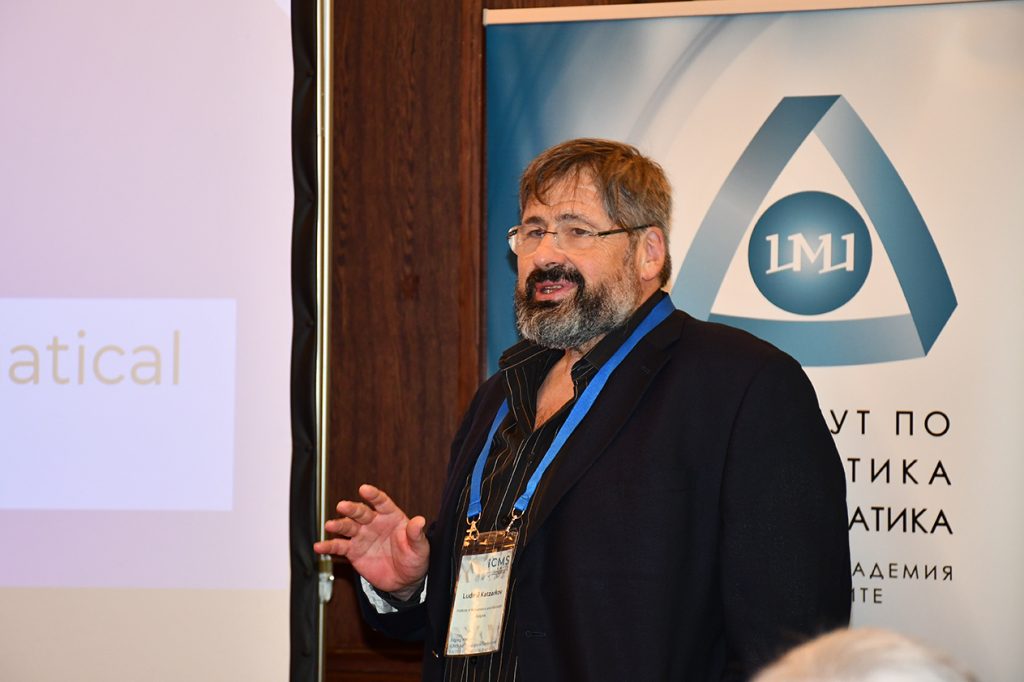 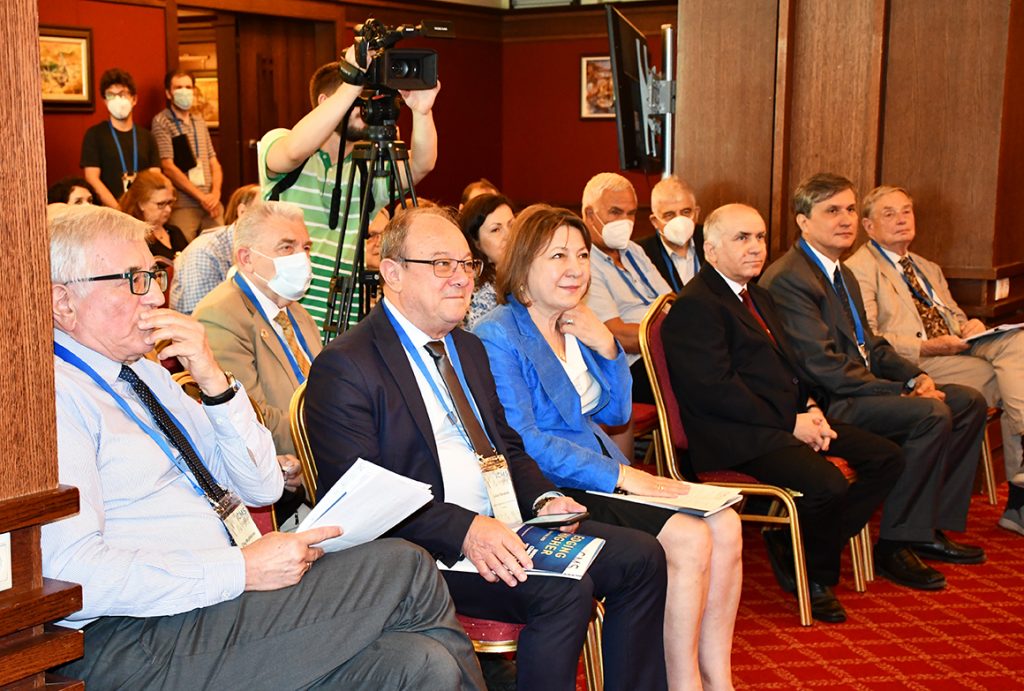